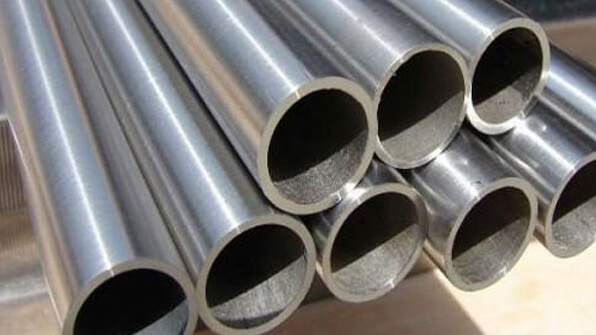 PETROSADID is a leading supplier of seamless tubes providing an extensive selection of all grades and dimensions to the oil & gas, petrochemical, chemical and power industries. We work closely together with certified tubes manufacturers from around the world and have a huge range of different seamless tubes constantly on stock ranging from Hot Rolled to Cold Drawn.

The seamless tube will ideally be a solid metal tube with each end connected to another tube without having any welding joint. These tubes have threads either at one end or at both ends and can be threaded to the end of another hollow tube.

Seamless tubes are finished in accordance with customer needs regarding dimensional and wall thickness specifications as well as heat treatment for more demanding applications.

Cold drawn seamless tube is usually required where the end product is either safety and/or quality critical.

The method for making cold-drawn seamless tubes involves taking a round "billet" or bar of steel and boring it in the center, turning it, cutting it, heating it to make it more pliable, then "drawing" it (extruding or pulling it) to make it a longer and thinner tube. As the tube cools, "cold working" begins. Cold working involves pulling the tube over a stationary die and a mandrel. This increases the tube's hardness and improves its surface condition and grain structure while reducing the tube to the desired size and thickness.

Cold drawn tube has a number of advantages compared to Electric Resistance Welded (ERW) tube and Hot Finished Seamless Tube (HFS) such as:

cold drawing increases the strength of the tube therefore making it very suitable for safety and performance critical applications.

due to the nature of the manufacturing process drawn tubes can be manufactured to close dimensional tolerances, achieving consistent diameter and thicknesses throughout.

cold drawn seamless tube usually has a shinier look with no weld lines increasing the aesthetics of the products in which it is incorporated.

due to the superior strength and hardness of our tube, it produces a better machined surface and therefore a better looking component for our customers.

cold drawn tube allows for more precise bends which can also be achieved with less set up time and consequent adjustments.

as cold drawn tubes have a glossier, no-seam finish they also produce end better end products from processes such as dipping, etching and anodizing 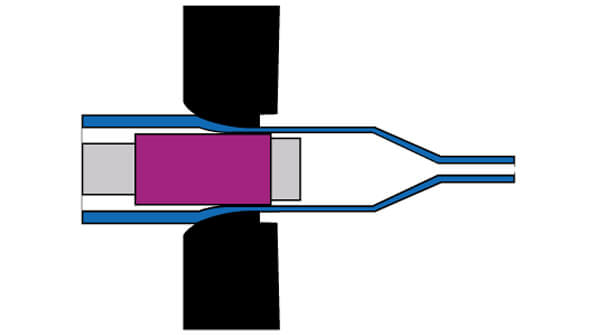 Hot rolled seamless steel pipe can damage the cast microstructure of the steel ingot, refinement of the crystal grains of the steel, and eliminate the defects of the microstructure, so that the the steel organization compacting, improve the mechanical properties. This improvement is reflected in the rolling direction, so that the steel is no longer to a certain extent isotropic; pouring the formation of bubbles, cracks, and osteoporosis, under high temperature and pressure can also be welded together.

• After the hot rolling, the nonmetallic inclusions in the interior of a steel (mainly sulfides and oxides, as well as the silicate) was pressed into a sheet, stratified (laminated) phenomenon appears. The layering of the steel in the thickness direction by the pull performance deteriorated significantly, and may appear in the weld shrinkage interlayer tear. Weld shrinkage induced local strain often reach several times the yield point strain, the strain is much greater than the load caused;

• Hot-rolled steel products, poor control of thickness and edge width. We are familiar with the thermal expansion and contraction, even if the beginning of the hot-rolled out are standard length, thickness, or there will be some negative final after cooling, this negative differential edge width wider the increasing thickness of the performance of the more obvious. 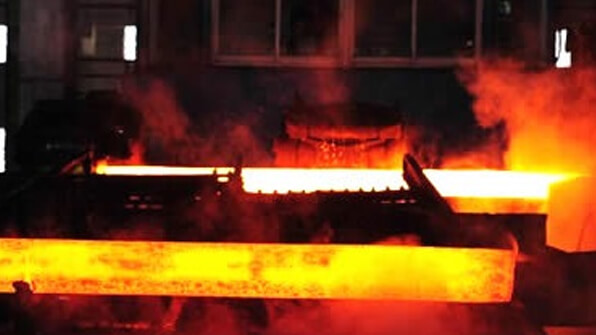 • The cold rolled seamless tube allows local buckling, which can make full use of bending bearing capacity. While, hot rolled steel does not allow local buckling.

Seamless Tubes are applied in more harsh environments and are supplied to a variety of industries with corrosive media, high and ultrahigh temperatures & pressures, other aggressive conditions. Key application areas of PETROSADID products are chemical and petrochemical engineering, mechanical engineering and power generation, including nuclear. 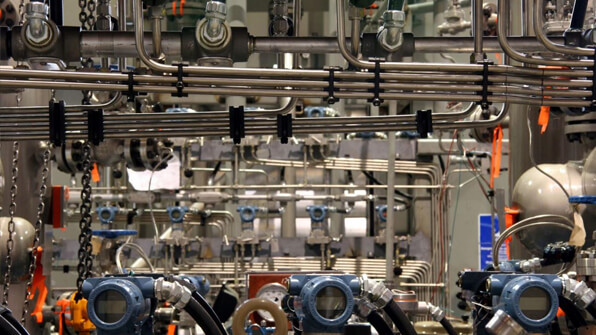 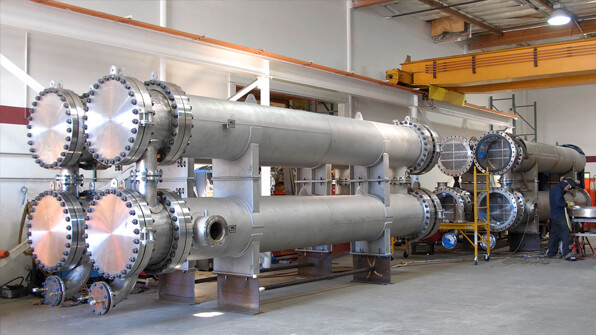 The tube manufacturing range covers all main grades used for heat corrosion and oxidation resistance applications. Stainless and nickel grades are traditionally used in re-heater and super-heater though they may also be required in other parts of the plant.

Their outstanding properties make them the correct choice for our customers when searching for materials in advanced equipment's.

Boiler tubes are applied in thermal power-generation and heating as a part of tubing components of utility and industrial boilers. Boiler tubes in power-generation are used only for utility boilers to generate steam for electricity production. Boilers for industrial applications produce steam or hot water for process applications for various industries-biomass firing (fluidized bed boilers), heating, pulp and paper industry (recovery boilers), and waste to energy plants, various chemical processes. 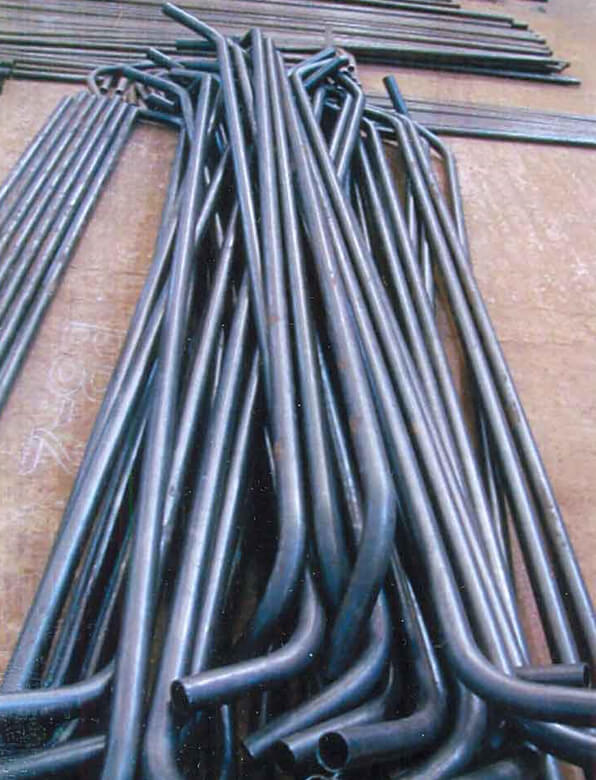 Furnace or heater tubes are mainly used in petrochemical industry as process tubes in cracking furnaces for refineries and ethylene\propylene plants. Oil refinery cracking processes allow the production of «light» products such as liquefied petroleum gas (LPG). In a typical ethylene furnace the pyrolysis reaction is endothermic. For this reason, furnace tube material must be suitable to accommodate the high process temperature. General tubes are used as piping components or line pipes for variety of industries: 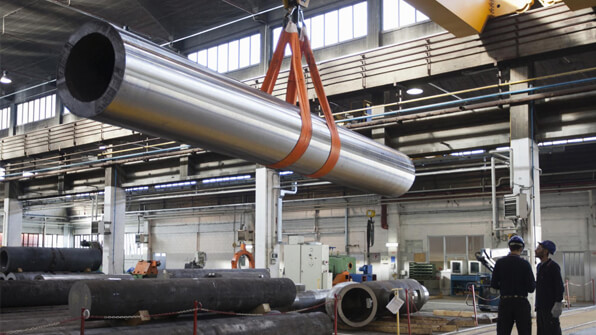 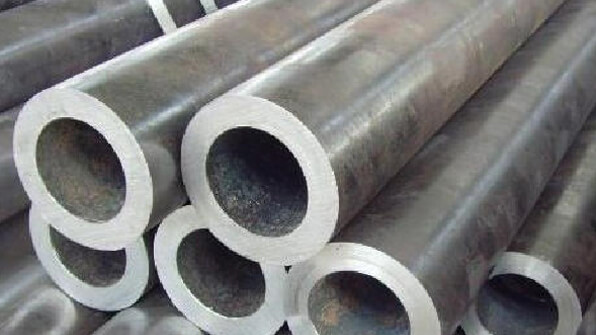