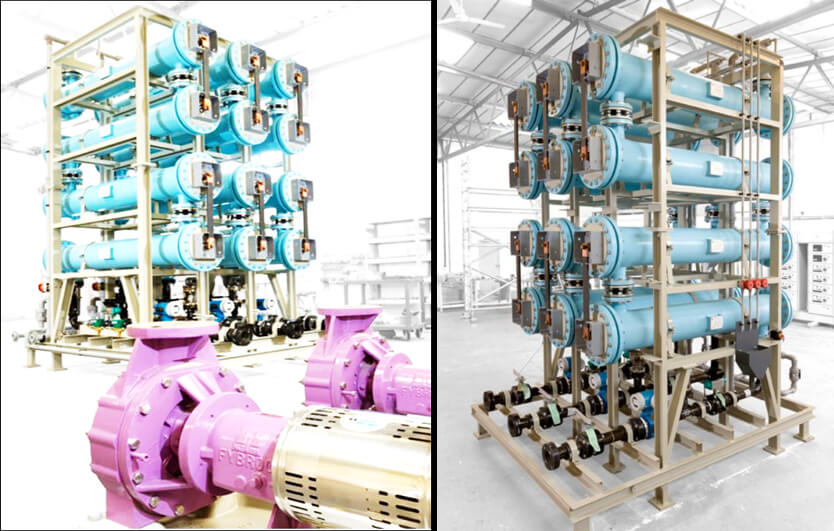 Electro-Chlorination package has been supplied and delivered several times across a variety of applications by Petrosadid. We combine best manufacturer of EC package with water treatment applications engineering expertise to continuously improve and broaden the technology offering portfolio. Petrosadid brand and its expertise are recognized by all end-users in Iran by its experience in providing an excellent source of water and wastewater treatment with high efficiency and safety of water processes through the application of screening, corrosion control and disinfection technologies.

Electrochlorination Units can be used in the following applications:

Our expertise includes but not limited to on site production of Sodium Hypo-chlorite solution by electrolysis from seawater or brine, desalination and marine facilities, wastewater treatment to supply process water to Oil, Gas and Petrochemical plants and also power plants. Due to collaboration with the best manufacturers of electro-chlorination package, we are able to supply this package ranging from low flow rate (2 kg/h) to high flow rate (900 kg/h) of hypo-chlorine. 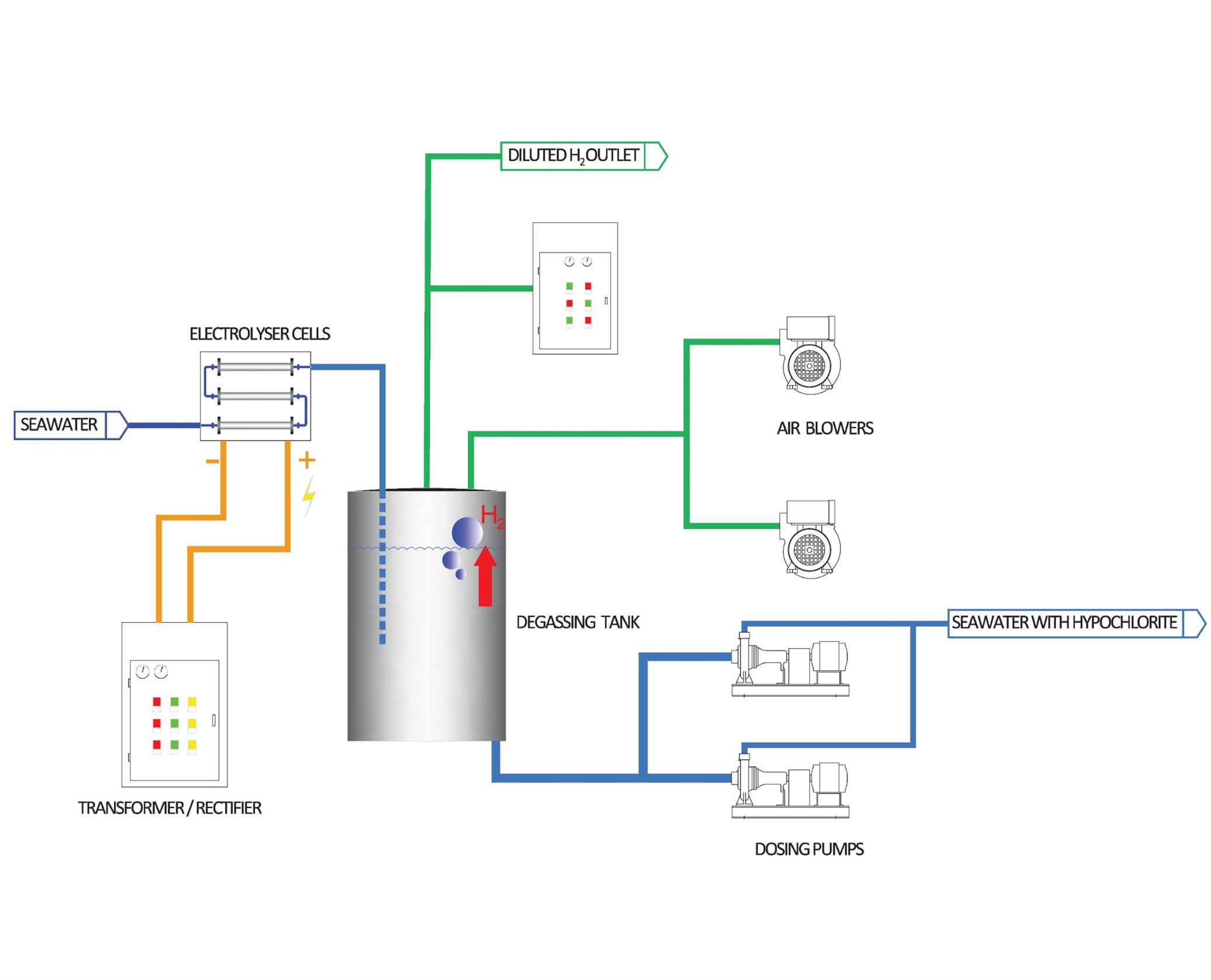 Electro-chlorination packages normally consist of Booster Pumps, Sea-water Filters, Electrolyzers as the heart of package, Acid and Degassing Tanks, Blowers, Dosing Pumps and so on. petrosadid is specialist to supply all the package simultaneously; also we are flexible to supply it partially as per Client's requirements even from Iranian manufacturers.

Petrosadid reputable partners will represent the best after sales services in all over the world including a complete handover procedure, which includes on-site testing, commissioning and approval. Based on Client's request, we are able to ask our partners to train end-user operator during and after the contract period.

Due to extensive experiences of Petrosadid Management team in water & waste water treatment industries, we have offered seawater Electro-chlorination systems to economically and safely produce a powerful biocide and disinfecting agent for marine, offshore and industrial applications. Petrosadid is the market leader in the supply of equipment for seawater Electro-chlorination. We have recently delivered 2 projects from reliable and world-class packagers in Iran territory with Hypo-generation capacity of 57 kg/h and 83 kg/h, respectively.

With respect to supply of required water of power stations or industrial plants, on-site generated sodium hypochlorite solution provides efficient protection to the equipment against organic fouling without the undesirable side effects of commercial hypochlorite or the safety hazard connected with the transportation, storage and handling of chlorine gas.

Utilizing this technology, helps to the customers dependency upon outside suppliers and eliminates the high costs of ordering commercial products; due to this reason, it finds application in a broad spectrum of industrial facilities with the requirement to control biological growth in water systems. As it is obvious, the heart of Electro-chlorination plant is the Electrolyzers skid; Petrosaddid considering the application, seawater characteristics, cost, size, weight, pressure, and historical preference recommends the best cell configuration in most optimum route.

As a brief description of the Electro-chlorination process philosophy, seawater boosts and delivers to the Electrolyzers where it is already filtered to remove suspended solids larger than 0.5 mm. The seawater passes through a flow control loop normally including a flow control valve and a flow transmitter with local indication and low flow shut‑down protection. The seawater electrolyzes by the generator cells and the output is sodium hypochlorite solution and hydrogen gas as the byproduct. This is a two‑phase solution which transferred to Hypo-chlorite storage and degassing tank. Hydrogen gas is removed from the solution and the surrounding atmosphere should be diluted by a air blower to prevent the explosive concentration of H2 (typically less than 1% by volume, the explosive limit is around 5% by volume). Finally, the produced sodium hypochlorite solution is injected in continuous and/or shock-dosing modes.

For the process chemistry, it is worth mentioning that the process is based on the electrolysis of seawater as it flows through an electrolytic cell. Further to the seawater, sodium hypochlorite and hydrogen gas mixture, hypo-chlorous acid is also formed. Seawater electrolysis requires the passage of direct current between an anode (positive pole) and a cathode (negative pole) to separate salt and water into their basic elements. Chlorine generated at the anode immediately goes through chemical reactions to form sodium hypochlorite and hypo-chlorous acid. At the cathode, Hydrogen and hydroxides are formed.

The overall chemical reaction can be expressed as follows:

Thermal power plants normally use seawater as a coolant in the steam condensers where typically done through cooling water systems.

By controlling the fouling of the steam condensers, turbines and boilers the efficiency of power generation can be significantly increased. For example, based on data of on-site measurements in Huaneng Dalian Power Plant and Changshan Power Plant in China in 2006, the costs due to fouling such as excess surface area, product loss, operating maintenance and increase of product costs are calculated. Results show that the total economical loss due to boiler and turbine fouling in China reaches 4.68 billion dollars.

Sodium hypochlorite is injected into the seawater intake in order to prevent fouling of the mechanical equipment, such as the seawater booster pumps, bar screens and band screens of the power plant.

Due to the population increasing reason in the world, the requirement for freshwater continuously increased. In desalination plant, sodium hypochlorite generated from seawater introduced to the intake structure in order to prevent from organic fouling formation.